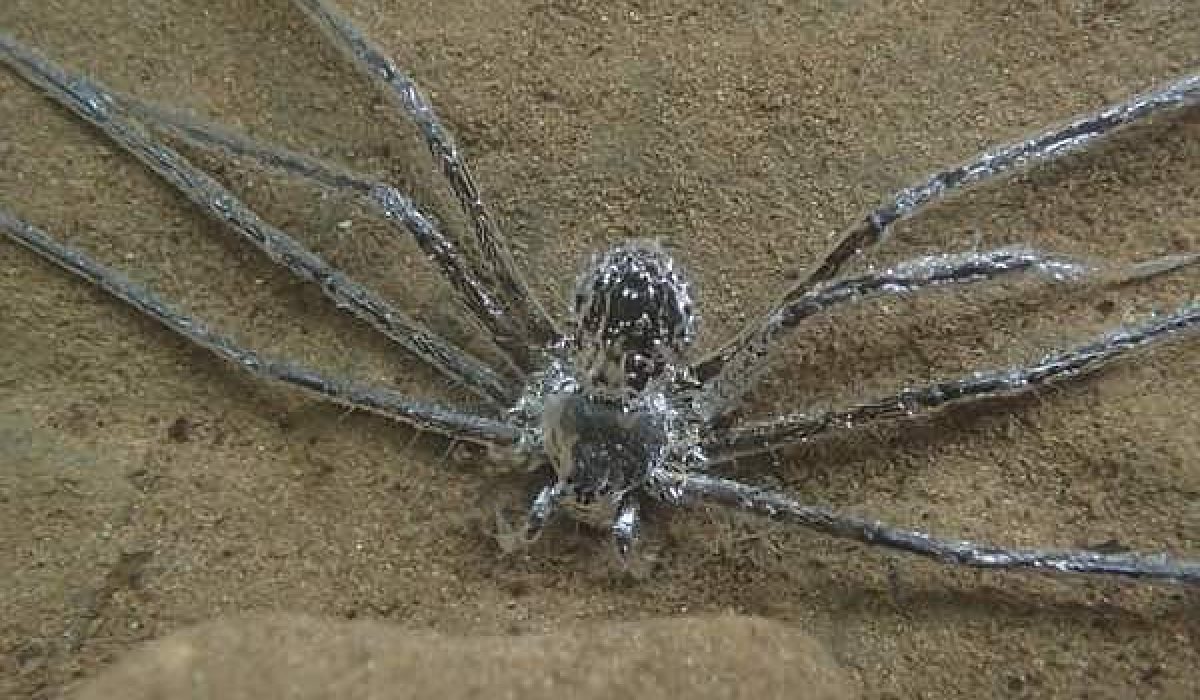 There’s a spider in the tropics that can hide from predators by staying underwater for up to 30 minutes.

Researchers at Binghamton University, State University of New York found that this spider was able keep a whole film of water around its entire body. The air was held in place by hydrophobic hairs covering the spider’s entire body surface. The researchers said that the air was held around the spider’s body so well that it looked like the spider was coated in silver. This coat of air kept the spider from losing thermal heat while underwater and also kept water out of its respiratory organs.

The next time you’re in the tropics, don’t be suprised to see an erie silver-coated spider hiding out underwater.

spiders
This div height required for enabling the sticky sidebar