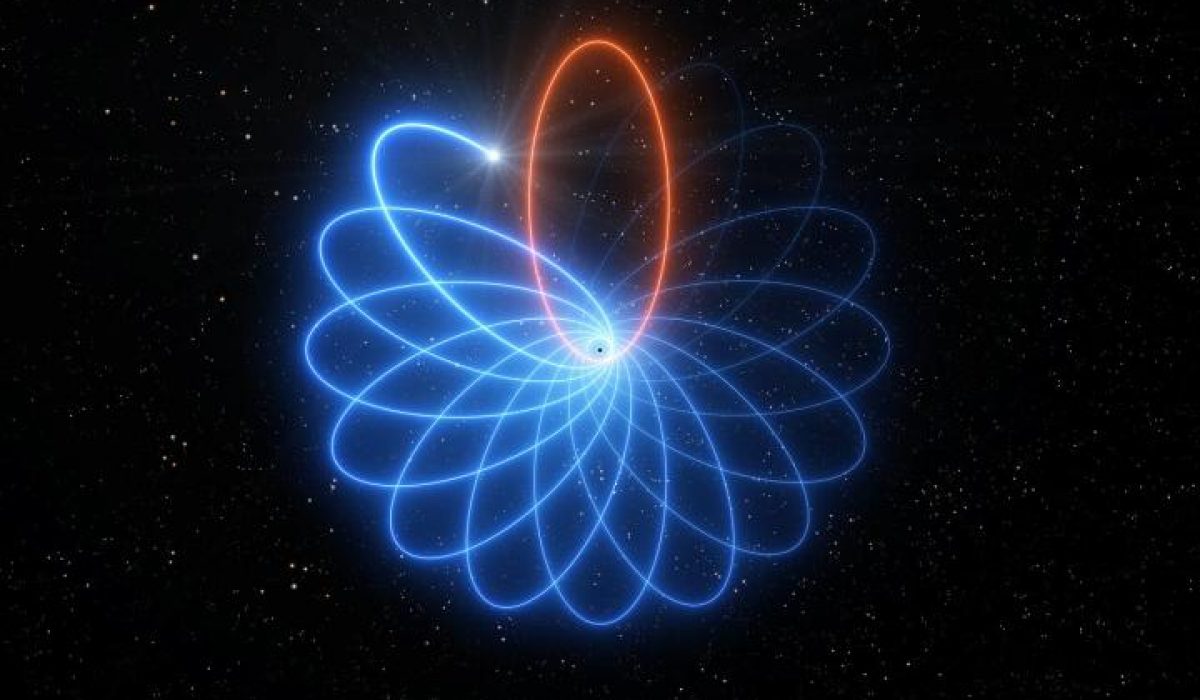 The star S2 orbits the supermassive black hole at the center of the Milky Way in a rosette pattern as predicted by Einstein. The observations were made by the European Southern Observatory (ESO)’s Very Large Telescope (VLT). It took almost 30 years of precise measurements to map the star’s orbit to finally prove that Einstein’s General Relativity held up. The discovery was published by researchers in Europe in the journal Astronomy & Astrophysics.

Newton’s theory of gravity predicted the star would move in an elliptical orbit around the black hole. Einstein’s General Relativity, however, predicts that the orbits of objects orbiting each other are not closed, and would appear like a rosette. This rosette pattern was what the ESO’s VLT observed.

“Einstein’s General Relativity predicts that bound orbits of one object around another are not closed, as in Newtonian Gravity, but precess forwards in the plane of motion. This famous effect — first seen in the orbit of the planet Mercury around the Sun — was the first evidence in favour of General Relativity. One hundred years later we have now detected the same effect in the motion of a star orbiting the compact radio source Sagittarius A* at the centre of the Milky Way,” said Reinhard Genzel, the director of the Director at the Max Planck Institute for Extraterrestrial Physics in Garching, Germany.

Sagittarius A* is a compact radio source located at the center of the Milky Way 26,000 light-years from the Sun. It is the location of a supermassive black hole. One of the stars that orbits around Sagittarius A* is called S2. The S2 star completes an orbit every 16 years, coming as close as 20 billion kilometers (12.4 billion miles), and traveling as fast as 3 percent the speed of light on its approach to the black hole.

Most stars and planets have non-circular orbits around the object they orbit. Because of this, they move closer and then farther away from the object they orbit. Precession is when, for example, a star like S2 reaches the closest point of in its orbit around the black hole. The next orbit will rotate with regard to the previous one, creating a rosette shape. General Relativity provides a precise prediction of how much its orbit changes. This is called the Schwarzschild precession.

ESO’s VLT are located in the Atacama Desert in Chile. It took the team 27 years to make observations of the S2 star. Because the black hole was so massive, it took that long to make the precise measurements of the S2 star’s orbital movement. In the end, it seems the results were worth it for the team, and Einstein was proven correct again.