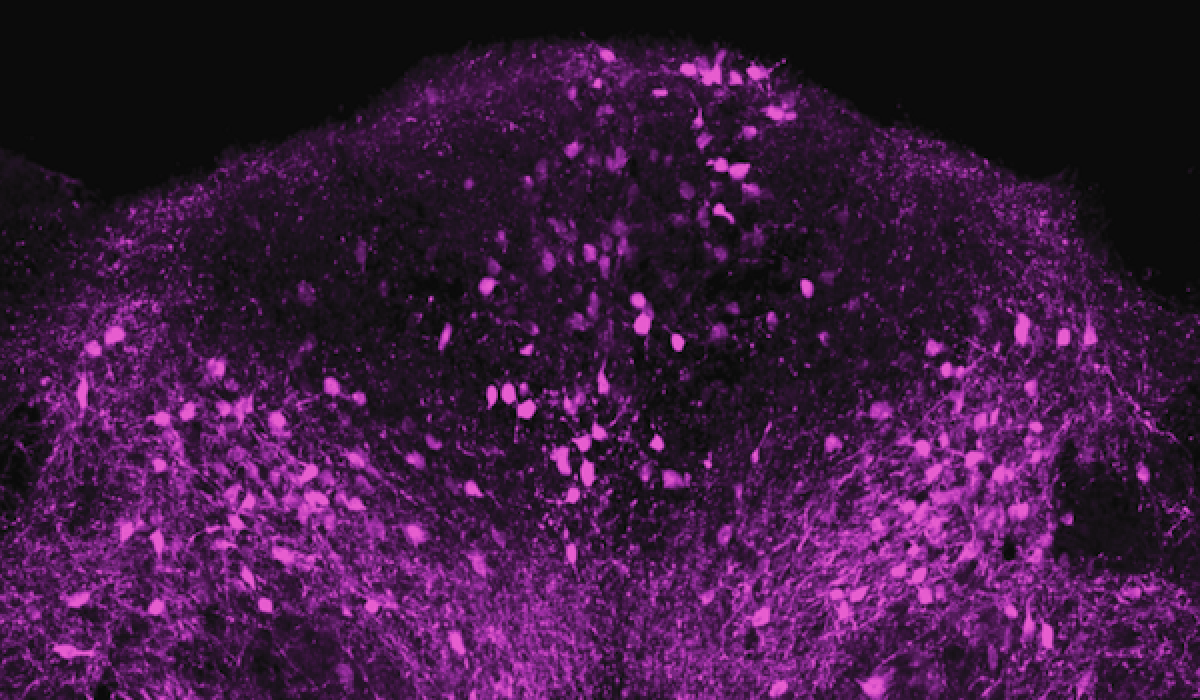 Scientists have found that a specific population of cells in the brainstem potently induce three telltale sickness behaviors — eating less, drinking less, and moving less. In addition, inhibiting these neurons blunts each of these behavioral elements of the sickness response. The findings directly link inflammation to neural pathways regulating behavior, offering insight into how the immune system interacts with the brain.

Sickness behaviors have been shown to play an important role in an animal’s recovery from an infection. Prior studies have bolstered that theory by demonstrating that animals forced to eat when they’re sick showed a significantly increased mortality.

But it has never been clear how the brain coordinates that near-universal urge to refuse meals and curl up under the covers with the onset of infection. Researchers from The Rockefeller University set out to map the brain regions behind sickness behaviors in mice.

The team began by exposing mice to LPS, a piece of bacterial cell wall that activates the immune system and potently induces sickness behavior. Shortly after an injection of LPS, there was a spike in activity in a brainstem region known as the dorsal vagal complex, among a population of neurons expressing the neuropeptide ADCYAP1. To confirm that they had found the right brain cells, the researchers then activated those neurons in healthy mice and they found that the animals ate, drank, and moved around less. In contrast, when the ADCYAP1 neurons were deactivated , the effect of LPS on these behaviors was significantly reduced.

The authors were not, however, altogether surprised that this brainstem region was involved in mediating sickness behaviors. The dorsal vagal complex is one of a precious few physiological crossroads of the central nervous system, where an absence of the blood brain barrier enables circulating factors in the blood to pass information directly to the brain.

The researchers intends to incorporate these findings into their overall goal of understanding the physiological signals and neural circuitry that regulate feeding behavior. They are specifically interested in understanding why even mice engineered to eat voraciously will nonetheless stop eating when exposed to bacterial infections.

This article is based on the press release by The Rockefeller University. Content may be edited.

brain
This div height required for enabling the sticky sidebar