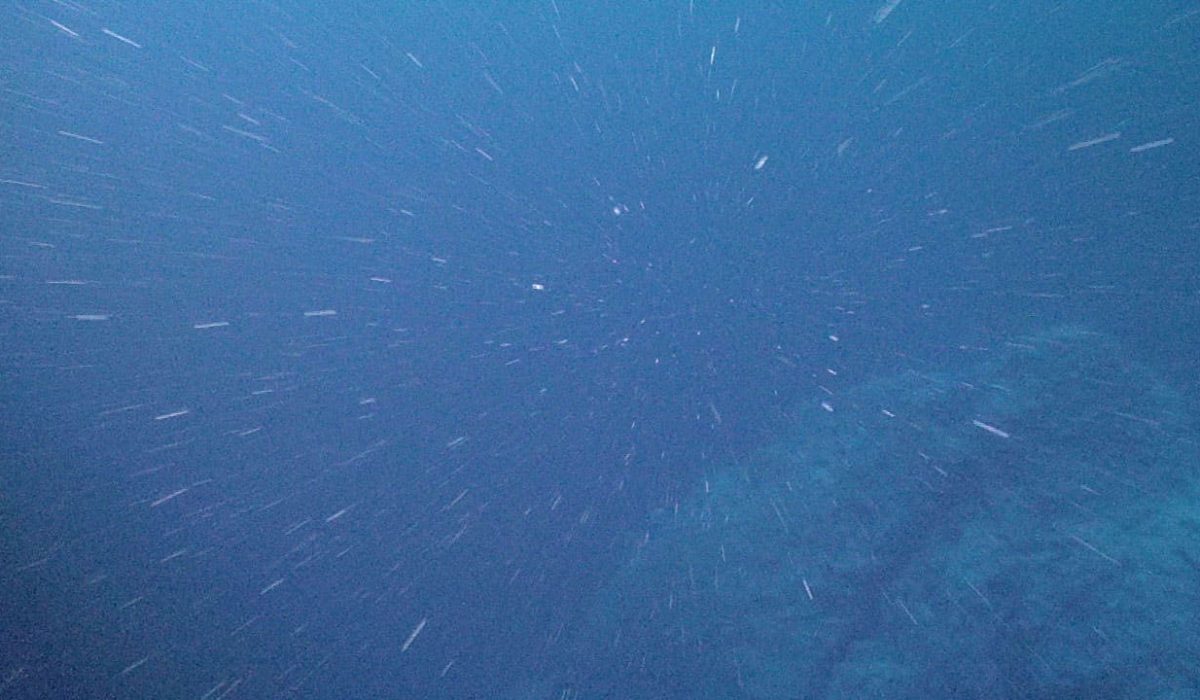 Marine snow definition: As organisms like plankton and algae die, they fall as debris in the ocean and accumulate on the ocean floor. These debris falling down to the ocean floor looks like snow falling, and is thus called marine snow.

Some facts about marine snow

Over millions of years, these marine snow deposits become carbonate structures. The White Cliffs of Dover on England’s south coast is example of these structures. It’s estimated that over 815 million tons of carbon fall to the ocean bottom each year.

According to researchers at the University of Sydney, marine snow removed carbon from the environment and triggered an icehouse climate change about 35 million years ago.

These organic particles can take weeks to fall down onto the ocean floor where they accumulate. Many get eaten by fish and get pooped out to begin another cycle of journey to the ocean floor.

Once they reach the bottom, they become a food sources for deep sea animals.

Marine snow are organic debris that fall down through the layers of ocean water to settle down at the bottom and become food sources and the largest carbon sink on earth.