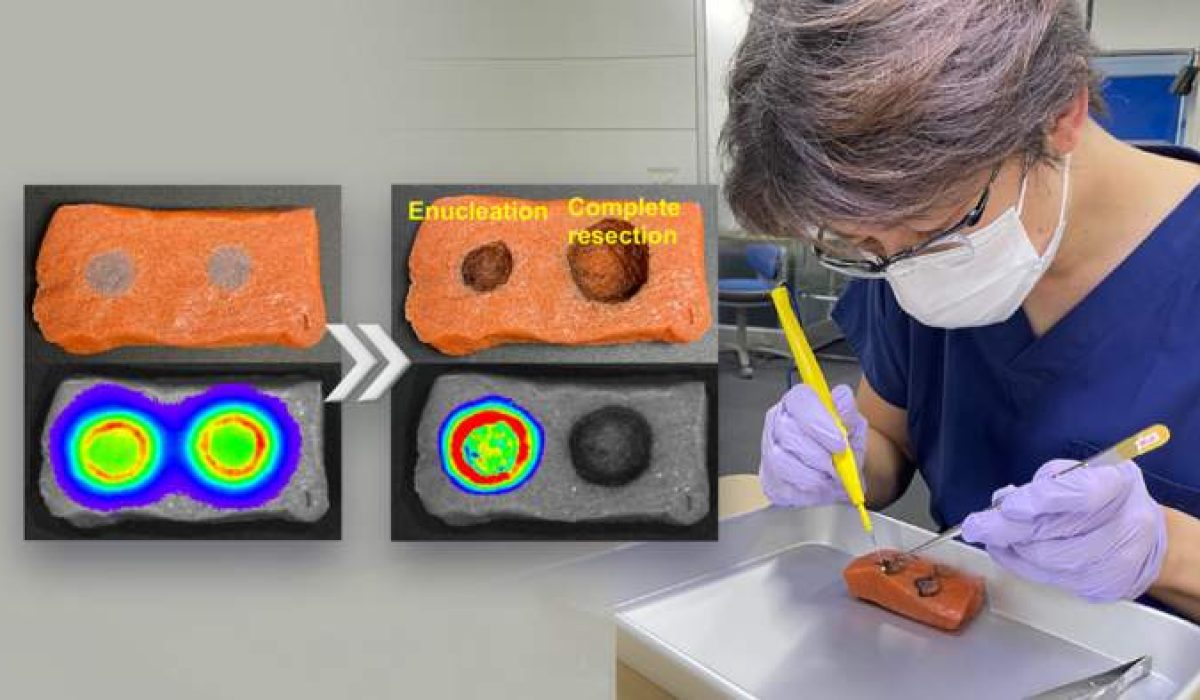 Konjac jelly made from konjac, an ingredient common in Japanese cuisine, is being used as a surgical training model.

Konjac, a processed jelly made from the bulb of the konjac plant. A research group from Nagoya University has successfully jused konjac jelly as a type of tissue-mimicking phantom, which physicians can use to practice fluorescence-guided surgery, an important technique in cancer treatment.

A tissue-mimicking phantom is a surgical training model that mimics human tissue and helps surgeons learn how to perform common surgeries. Developing such a model for near-infrared (NIR) fluorescence is significant because it is potentially an important technique in cancer surgery. In NIR fluorescence-guided surgery, tumor-targeting imaging agents are used to light up parts of the body with fluorescence to guide the surgeon, thereby helping them to see tumors in deep areas.

Other tissue-mimicking phantoms for NIR fluorescence imaging have already been developed. However, these objects were made mostly from gelatin or agarose, which are clinically different from human tissue. As a result, these models are not suitable for training using electrocautery, which requires a heated tool that may damage the training model or create toxic fumes.

To get around this problem, a group led by Dr. Naoki Nishio, Lecturer at the Nagoya University Graduate School of Medicine, in collaboration with Ehime University in Japan and Vanderbilt University in the United States, has developed a surgical training model for NIR fluorescence imaging using konjac and indocyanine green for fluorescence.

To make the tissue-mimicking phantom, the researchers dissolved konjac powder, salt, and paint in water. Next, they added calcium hydroxide to create a paste that was then poured into a dimpled mold to create shapes that resemble tumors and surrounding tissue. Using their tissue-mimicking phantom, the surgeons practiced removing an entire visible tumor, a process called resection, and then also practiced removing a tumor with a 5-mm surgical margin. The study found that their training model is suitable for training surgeons in these two important techniques.

The team published their findings in Laryngoscope Investigative Otolaryngology.

This article is based on the press release by Nagoya University. Content may be edited.