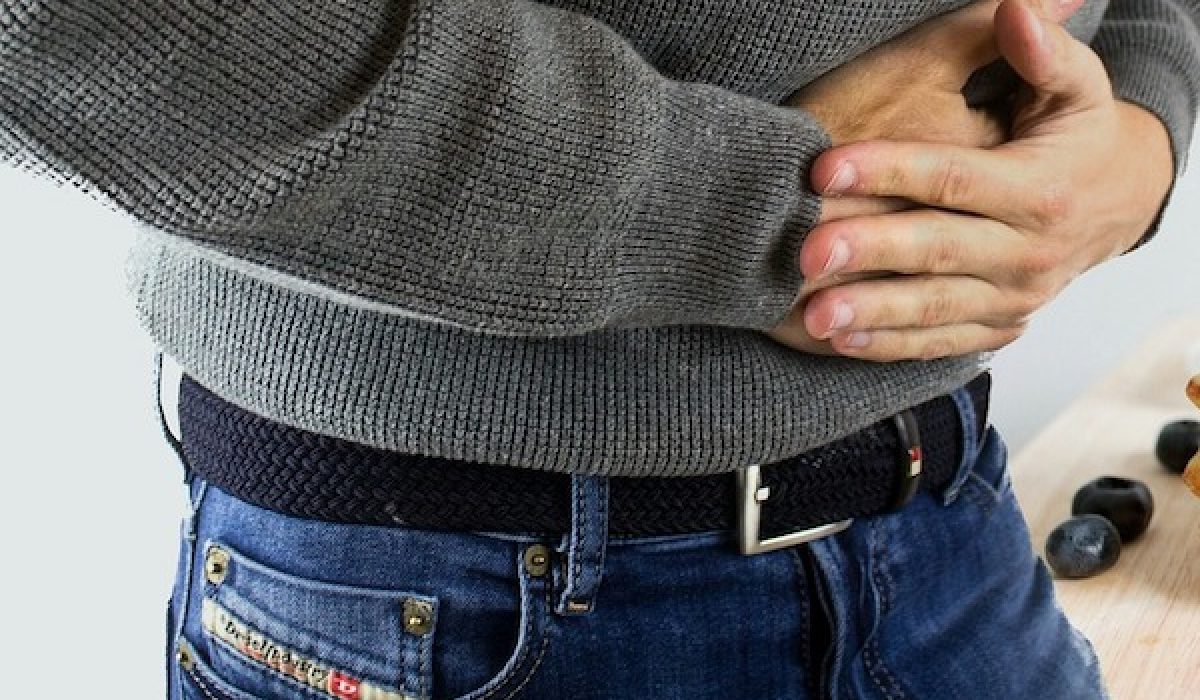 A new theory suggests irritable bowel syndrome (IBS), the most common gastrointestinal disorder, may be caused by gravity.

Brennan Spiegel, MD, MSHS, director of Health Services Research at Cedars-Sinai and author of the hypothesis, explains that IBS—and many other conditions—could result from the body’s inability to manage gravity.

“As long as there’s been life on Earth, from the earliest organisms to Homo sapiens, gravity has relentlessly shaped everything on the planet,” said Spiegel, who is also a professor of Medicine. “Our bodies are affected by gravity from the moment we’re born to the day we die. It’s a force so fundamental that we rarely note its constant influence on our health.”

The hypothesis, published in the American Journal of Gastroenterology, describes how the intestines, spine, heart, nerves and brain evolved to manage gravity.

“Our body systems are constantly pulled downward,” Spiegel noted. “If these systems cannot manage the drag of gravity, then it can cause issues like pain, cramping, lightheadedness, sweating, rapid heartbeat and back issues—all symptoms seen with IBS. It can even contribute to bacterial overgrowth in the gut, a problem also linked to IBS.”

The underlying mechanism of IBS has been puzzling researchers since it was first described over a century ago. While the disorder affects up to 10% of the world’s population, experts still aren’t sure exactly how or why it develops.

There are, however, several contrasting theories that explain its clinical features. One is that IBS is a gut-brain interaction disorder; evidence shows that neuromodulators and behavioral therapies are effective. Another theory holds that IBS is driven by abnormalities in the gut microbiome, which can be managed with antibiotics or low fermentable diets.

Other theories suggest that abnormalities in motility, gut hypersensitivity, abnormal serotonin levels or a dysregulated autonomic nervous system cause IBS.

“There’s such a variety of explanations that I wondered if they could all be simultaneously true,” said Spiegel. “As I thought about each theory, from those involving motility, to bacteria, to the neuropsychology of IBS, I realized they might all point back to gravity as a unifying factor. It seemed pretty strange at first, no doubt, but as I developed the idea and ran it by colleagues, it started to make sense.”

Gravity can compress the spine and decrease one’s flexibility. It can also cause organs to shift downward, moving from their proper position. The abdominal contents are heavy, like a sack of potatoes that we’re destined to carry our entire lives, Spiegel explained.

“The body evolved to hoist this load with a set of support structures. If these systems fail, then IBS symptoms can occur along with musculoskeletal problems,” Spiegel said.

Some people have bodies that are more capable of carrying the load than others. For example, some have “stretchy” suspension systems that cause the intestines to droop down. Others have spinal issues that cause the diaphragm to sag or the belly to protrude, leading to a compressed abdomen.

These factors might trigger motility problems or bacterial overgrowth in the gut. This may also help explain why physical therapy and exercise is effective for IBS because these interventions strengthen the support systems.

The gravity hypothesis, however, also goes beyond the intestines.

“Our nervous system also evolved in a world of gravity, and that might explain why many people feel abdominal ‘butterflies’ when anxious,” said Spiegel. “It’s curious that these ‘gut feelings’ also occur when falling toward Earth, like when dropping on a roller coaster or in a turbulent airplane. The nerves in the gut are like an ancient G-force detector that warns us when we’re experiencing—or about to experience—a dangerous fall. It’s just a hypothesis, but people with IBS might be prone to over-predicting G-force threats that never occur.”

Some people are more resilient to G-forces than others. For example, one person may raise their hands and grin while dropping on a roller coaster while another grits their teeth and groans. The first person is amused while the second feels threatened, revealing a spectrum of what Spiegel calls “G-force vigilance.”

Another contributor that may play a role is serotonin, a neurotransmitter that may have evolved in part to manage gravity across body systems. Serotonin is necessary for mood elevation, both metaphorically and literally, noted Spiegel. Without it, people also would not be able to stand up, maintain balance, circulate blood, or pump intestinal contents against gravity.

“Dysregulated serotonin may be a form of gravity failure,” Spiegel said. “When serotonin biology is abnormal, people can develop IBS, anxiety, depression, fibromyalgia, and chronic fatigue. These may be forms of gravity intolerance.”

Further research is needed to test this approach and the possible treatments.

Source: Gravity and the Gut: A Hypothesis of Irritable Bowel Syndrome

This article is based on the press release by the Cedars-Sinai Medical Center. Content may be edited.