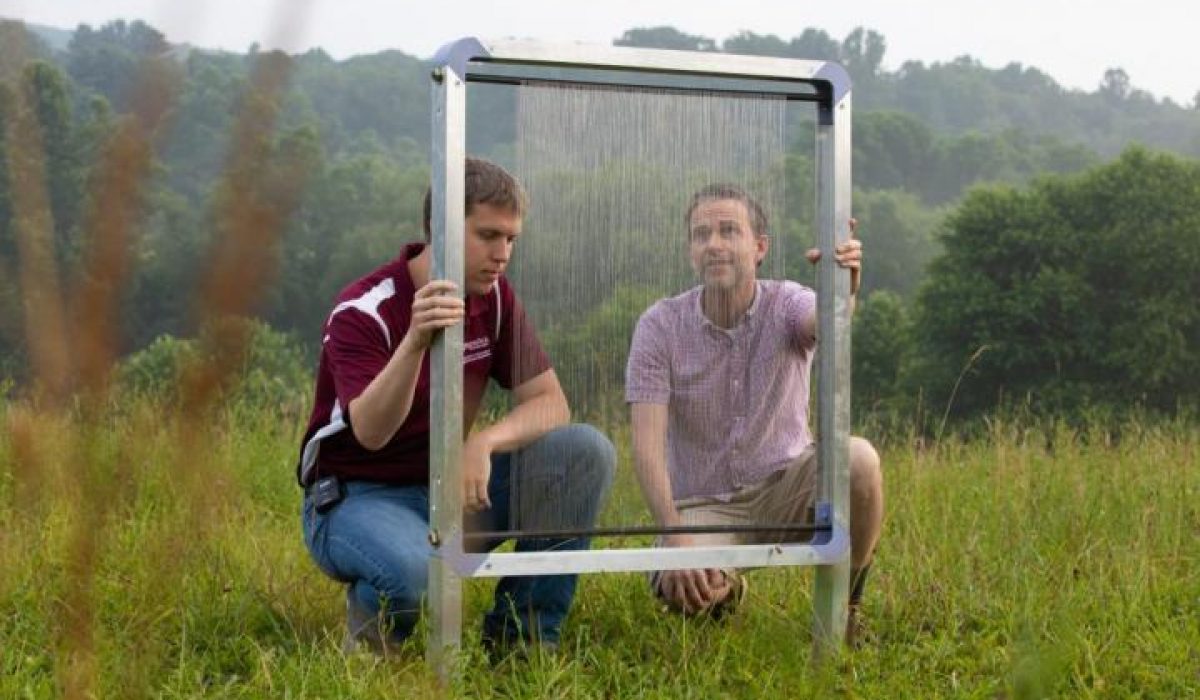 A fog ‘harp’ with parallel vertical strings can collect up to twenty times more ambient water from fog than traditional fog nets. Fog nets made of different types of mesh are currently used to harvest water from fog in areas of the world where water is scarce. The new fog harp design with its superior efficiency can dramatically increase the number of regions worldwide where fog harvesting is viable.

The “harp” design uses parallel wires to collect ambient water from fog. It was designed by engineers at Virginia Tech and their paper was published in the April 16, 2020 edition of the journal Advanced Sustainable Systems.

Many regions in the world lack usable water. One way to get fresh water is to harvest ambient water from fog in areas where fog exists. Traditional method of fog harvesting involves the use of fog nets. The Virginia Tech team has come up with a new design with superior efficiency – up to 20 times the collecting capacity of traditional fog nets. Their design is ready to be tested in real world environments. Early funding for their project came from the Institute for Creativity, Arts, and Technology.

“Billions of people face water scarcity worldwide. We feel that the fog harp is a great example of a relatively simple, low-tech invention that leverages insight from nature to help communities meet their most basic needs,” said Brook Kennedy, one of the study authors.

The researchers did outside field testing on Virginia Tech’s Kentland Farm. The fog harp was tested alongside three different fog nets called mesh harvesters. One mesh harvester had wire diameters equivalent to the harp. Another one had a wire size more optimal to harvesting. The third one used Raschel mesh — a mesh made of flat-panel ribbons in v-shaped arrays between horizontal supports. This v-shaped mesh is currently the most popular among fog harvesting sites around the world.

Up to 20 Times More Water Collected

The researchers said one reason for the superior efficiency is that the fog harps use only vertical wires, creating an unimpeded path for mobile drops. The other mesh harvesters have both horizontal and vertical construction. Water droplets dripping down would get impeded by the horizontal wires. In fact, water droplets on the traditional mesh harvesters need to be up to 100 times the size of the droplets on the fog harp in order to drip down the wires into collectors. Water that never drops will simply evaporate and cannot be collected.

“We already knew that in heavy fog, we can get at least two times as much water,” said Jonathan Boreyko, senior author of the paper.

“But realizing in our field tests that we can get up to 20 times more water on average in a moderate fog gives us hope we can dramatically enhance the breadth of regions where fog harvesting is a viable tool for getting decentralized, fresh water.”

The fog harp is another example of a simple design that has superior efficiency. If the fog harp is able to function as well in real world use, its impact on regions where water is scarce and fog harvesting is viable can be significant.