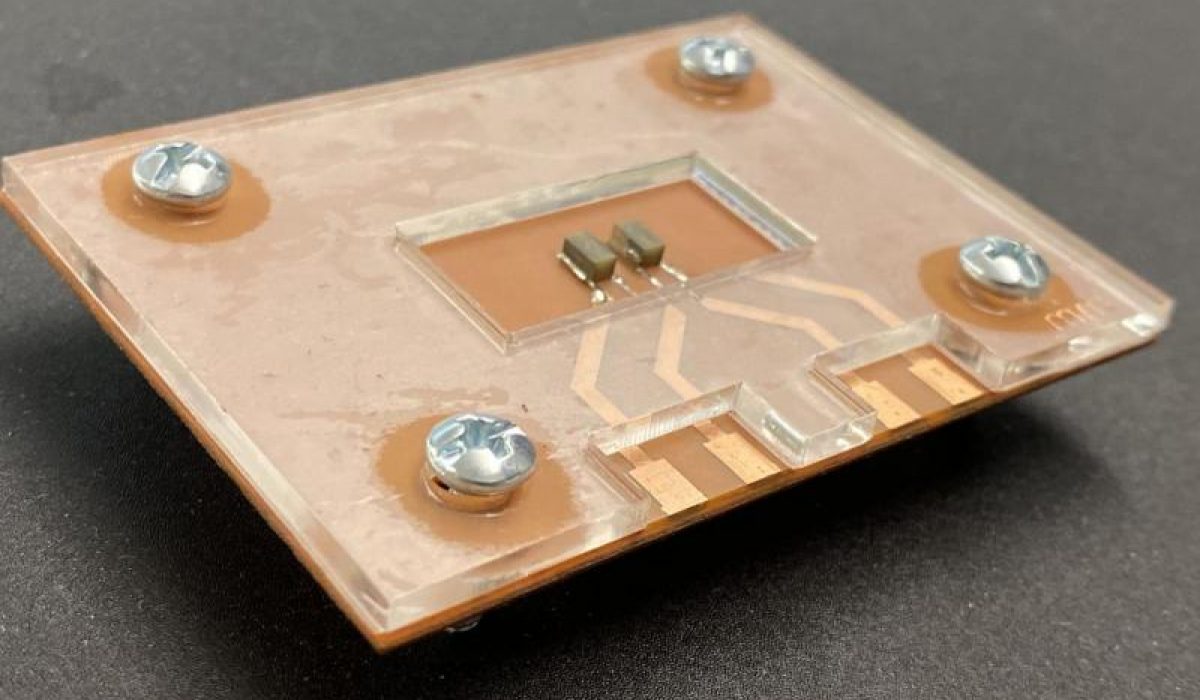 The device was developed by engineers at Purdue University. The device is described in a study published in the journal Lab on a Chip.

“It’s the same concept as checking for damage in an airplane wing. There’s a sound wave propagating through the material and a receiver on the other side. The way that the wave propagates can indicate if there’s any damage or defect without affecting the material itself,” said Rahim Rahimi, one of the researchers.

The device can also be scaled up to run multiple samples at once. This can allow researchers to look at many samples simultaneously and to observe different aspects of a disease simultaneously.

cancer
This div height required for enabling the sticky sidebar