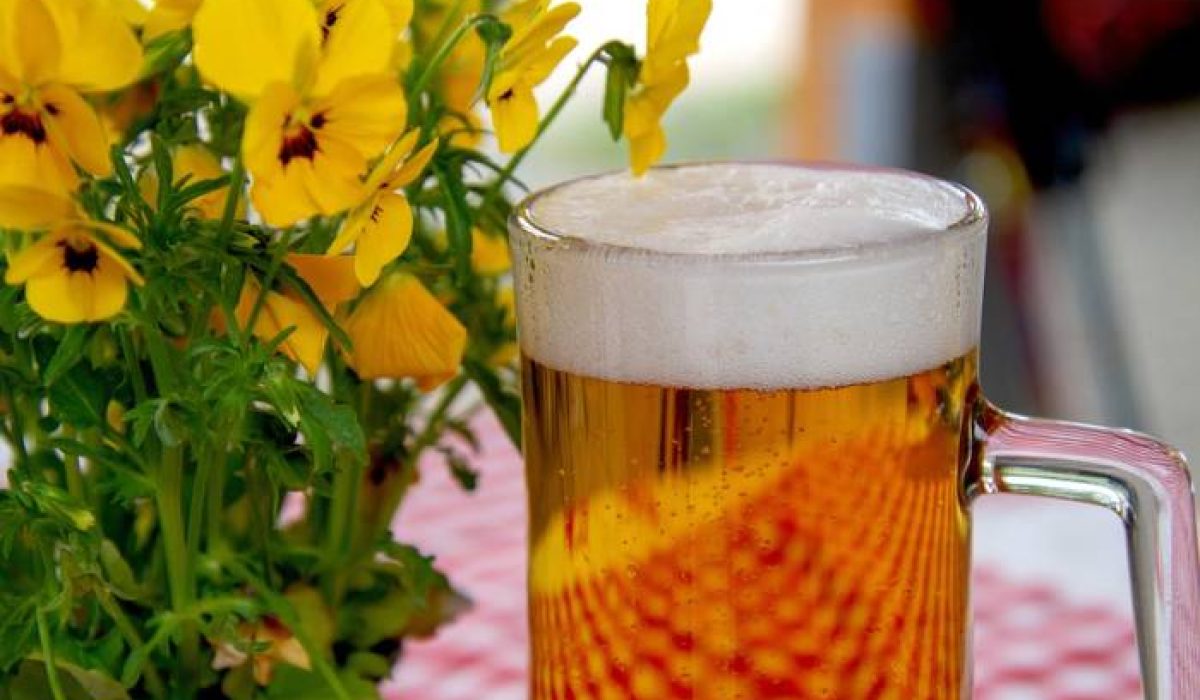 Beer may protect against Alzheimer’s Disease. The chemical compounds extracted from hops inhibit the clumping of amyloid beta proteins, which is associated with Alzheimer’s disease (AD).

AD is a debilitating neurodegenerative disease, often marked by memory loss and personality changes in older adults. Part of the difficulty in treating the disease is the time lag between the start of underlying biochemical processes and the onset of symptoms, with several years separating them. This means that irreversible damage to the nervous system occurs before one even realizes they may have the disease. Accordingly, preventative strategies and therapeutics that can intervene before symptoms appear are of increasing interest.

One of these strategies involves “nutraceuticals,” or foods that have some type of medicinal or nutritional function. The hop flowers used to flavor beers have been explored as one of these potential nutraceuticals, with previous studies suggesting that the plant could interfere with the accumulation of amyloid beta proteins associated with AD. So, Cristina Airoldi, Alessandro Palmioli and colleagues wanted to investigate which chemical compounds in hops had this effect.

To identify these compounds, the researchers created and characterized extracts of four common varieties of hops using a method similar to that used in the brewing process. In tests, they found that the extracts had antioxidant properties and could prevent amyloid beta proteins from clumping in human nerve cells. The most successful extract was from the Tettnang hop, found in many types of lagers and lighter ales.

When that extract was separated into fractions, the one containing a high level of polyphenols showed the most potent antibiotic and aggregation-inhibiting activity. It also promoted processes that allow the body to clear out misfolded, neurotoxic proteins.

Finally, the team tested the Tettnang extract in a C. elegans model and found that it protected the worms from AD-related paralysis, though the effect was not very pronounced. The researchers say that although this work may not justify drinking more bitter brews, it shows that hop compounds could serve as the basis for nutraceuticals that combat the development of AD.

This article is based on the press release by the American Chemical Society. Content may be edited.