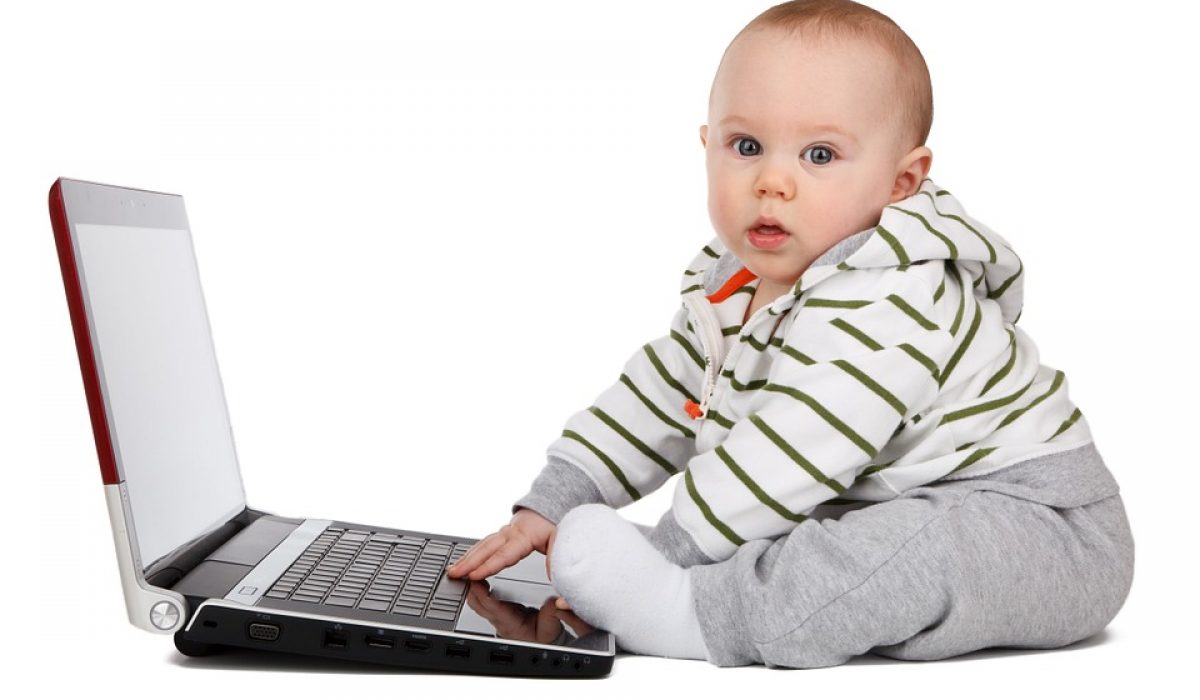 Babies at 8-month old can already understand basic grammar of their language before they can even say words. This finding was made by researchers at the Integrative Neuroscience and Cognition Center (CNRS/Université de Paris).

Functors are function words. Example of functors are articles (“the”), personal pronouns (“he” “she”) and prepositions (“in” “on”). In contrast, content words consist of nouns, verbs and adjectives.

In languages like French and English, functors are placed before content words. Since there are fewer functors, they occur more frequently compared to content words, which are more diverse and longer in length.

For example, in these unique simple phrases “the car ran,” “the cat jumped” and “the moon is big” the functor word “the” already occurred three times.

In the experiment, after the babies heard the 4-minute artificial language recording, they then heard short sentences in the language, half of which adopted French word order (frequent-word-initial). If the babies gazed longer at a display while the grammar words were played back, this longer gaze would be interpreted as them having more preference for those words.

The researchers found the babies quickly adapted to new content words but showed little interest for newly introduced functors. It seemed the babies were aware there were only a limited numbers of function words. Their findings were published in the March 12, 2020 edition of the journal Current Biology.

It seems babies can understand grammar basics before they can ever speak words.

babies
This div height required for enabling the sticky sidebar